Promoting Social Dialogue in the Southern Mediterranean Region
The SOLiD Project is the result of a long-term support of the EU to Social Dialogue in the region, reinforcing economic and social councils and gradually opening up the dialogue to civil society organisations.
The SOLiD Pilot project, implemented in three countries (Jordan, Morocco and Tunisia) integrated civil society as a full partner in the project along with, and at the same level, as employers’ and workers’ organisations and resulted in the adoption of a Charter to promote Social Dialogue in the region and help achieve 12 of the Millennium Development Goals.
The overall goal of the SOLiD II project is to support the efforts of the beneficiary parties in order to build an inclusive and structured Social Dialogue in the Southern Mediterranean neighbourhood.
The implementing consortium will work on translating the outputs of the SOLiD charter for the promotion of Social Dialogue into concrete national action plans for the beneficiary countries of the first phase of the project and with the expansion to three new countries, Algeria, Lebanon and Palestine.
The 2nd phase of the SOLiD programme covers two separate components:
Component one aims at promoting multipartite Social Dialogue in Southern Mediterranean Countries and the second component consists in supporting the progressive formalization of the informal economy.
Project partners
The SOLiD project is coordinated by a consortium of 4 partners:
The International Trade Union Organization (ITUC), The Arab Trade Union Organization (ATUC), The Union of Mediterranean Confederations of Enterprises (BUSINESSMED-UMCE), The Arab NGO Network for Development (ANND) 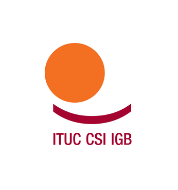 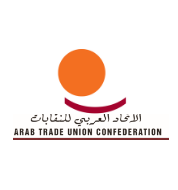 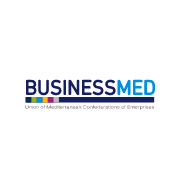 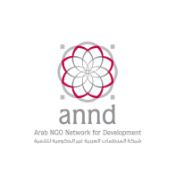 Project team in charge of Executing of the action plan and the budget, as well as reporting to the Executive Committee

The activities that will be deployed to achieve the project's objective will essentially revolve around five different types of instruments:

180 representatives of Social Dialogue trained at the end of the project (60 EMP, 60 TU, 60 CSO) in Algeria, Lebanon and Palestine (of which 30% women)

More than 300 stakeholders reached at the different stages of the project’s advocacy campaigns (half of them are decision makers and elected representatives, 30% are women)

The ultimate goal of SOLiD is to strengthen the consultative role of economic and social partners, including the broader civil society, in the Euro-Mediterranean region; to promote a dynamic, inclusive and reinforced institutionalised Social Dialogue and to promote social inclusion through Social Dialogue tools and organised tripartite institutions.
Taking into consideration the complexity of the Social Dialogue process, the following specific objectives have been set:

Stimulate and strengthen Social Dialogue in the targeted countries

Expand the scope of the project at the regional level to 3 new countries and territories (Palestine, Lebanon, Algeria)

The main expected result of the project is to lead to the desired changes of attitudes and aptitudes of the targeted groups regarding the Social Dialogue’s concepts and practices.
These changes would be ensured through more specific results:

Improved civic and multi-stakeholder dialogue on implementation of the SOLiD Charter on Social Dialogue between civil society organizations, governments and regional and local authorities

Establishment of a community of practice network including Economic and social councils, public authorities, NGOs, local authorities and media in the target countries and at local, regional and international levels

A diagnosis step on new target countries (Palestine, Lebanon, and Algeria) will enable the project team to assess the needs and determine priority areas to explore with representatives of the social partners involved. This step will focus on trainings developed specifically for those different target groups and efforts will also be put in mobilizing beneficiaries.

The main objective of the Sensibilisation & promotion phase is to leverage on the outcomes of the capacity building programme to create a common working environment between the different partners, the idea being essentially to empower them to consider collective initiatives and action plans for the implementation of the SOLiD charter. Regional seminars, local promotional campaigns, and exchange visits along with online communication actions and materials will be the essential instruments in the sensibilisation and promotion phase.

Considering that one of the most important outputs of the SOLiD  project phase one  is the Charter for Strengthening Social Dialogue ratified by the targeted social parties and governments, translating the Charter into initiatives for action plans will be based on the dialogues that will be organized during national workshops and regional seminars in the second phase of the project. This will be done in a way that enhances collective action between partners and allows for the formulation of effective and consensual action plans and policies at both national and regional levels.

As a conclusive phase of the project, convergence is necessary in order to ensure continuous improvement of Social Dialogue practices and institutions beyond the SOLiD project phase 2 and will bring partners to essentially work on commitments, binding agreements and potential collective projects at regional, national, and local levels.